At Pengelly’s Mobile Bar, we decided that we needed a good, local gin that ticked all our boxes. There are a lot of discerning gin drinkers who book our bars, and we’ve listened to their comments.

It seems that so many gins these days are a bit like alcopops – really heavy on flavours to the point of being overpowering. We decided to make a Cornish, dry traditional gin – a drinker’s gin, if you like.

Pengelly’s Porthleven Gin is the brainchild of Nigel Pengelly, and his wife Serena.

Nigel was brought up in Porthleven, or rather on a farm less than a mile from the centre of the port, where he worked as a herdsman.

The farm is still there, and the Pengelly’s (now living on St Peters Way), still farm part of it. Nigel, and his father Gerald, not forgetting his mother Eleanor, always liked a tipple and so the idea of a gin for Porthleven was born.

Nigel met up with his old mate and school chum William Tyler-Street, who owns the award-winning Curio Distillery at Mullion, and after a host of tasting sessions – Pengelly’s Porthleven Gin was ready for production.

Porthleven Gin was designed to be smooth above everything else, and not overpowering. Although there are hints of citrus and coriander, this is a gin you can choose to flavour yourself away from a world of increasing wild and varied flavoured gins. 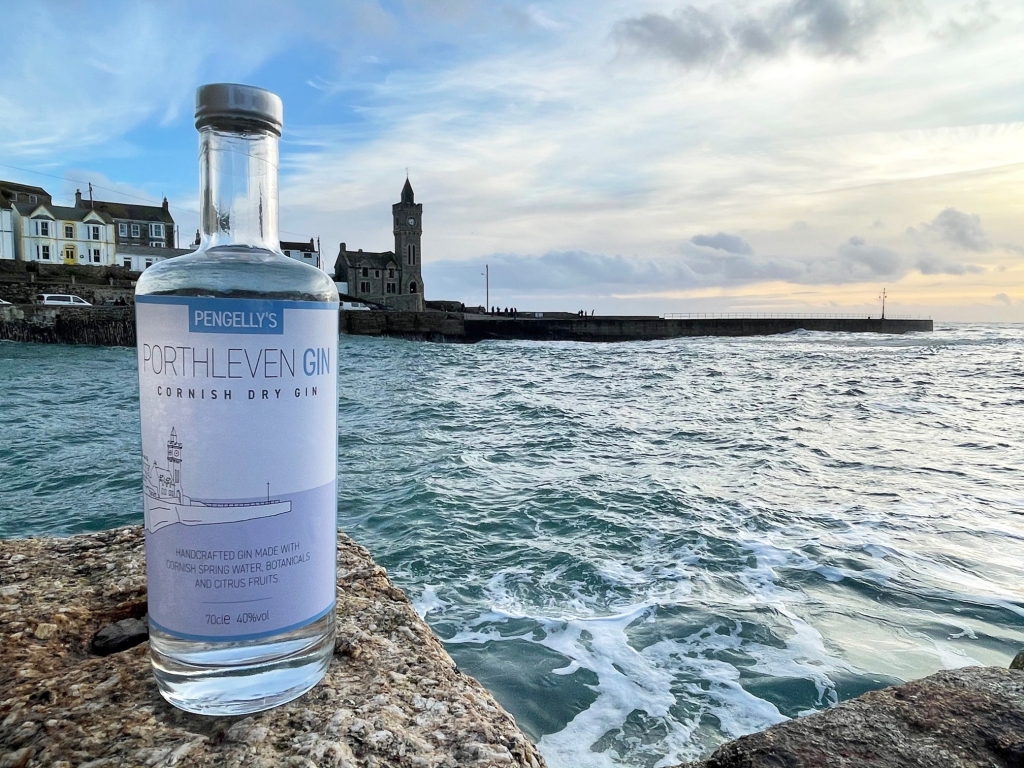